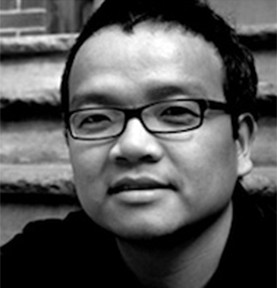 Duy Linh Tu is a Professor and Director of Digital Media. He teaches the Reporting class, video modules, and the Multimedia Storytelling Workshop. His courses focus on producing video for cinema and the Web. Duy is a co-founder and the Creative Director of Resolution Seven, a documentary and commercial production house. He is a cinematographer, photographer, writer and multimedia consultant. Prior to forming Resolution Seven, Duy founded and was the Chief Operations Officer of Missing Pixel, an award-winning interactive production company. Duy has shot and produced for broadcast networks, cable channels, independent production houses, and Web properties. He is the director of photography and producer of the award-winning documentary “deepsouth.” Duy is currently in production on two films, one focusing on children with a rare, life-threatening disease and another on violence against Native American women. He received his M.S. degree in journalism from Columbia University. Duy Linh Tu is a Researcher for the Tow Center.