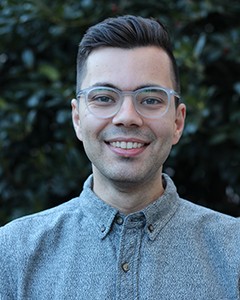 George (Tsiveriotis) Civeris is a Research Fellow at the Tow Center. He holds an M.S. in Comparative Media Studies from MIT, where he completed a master’s thesis on the role of humor in online discourse and contributed to various ethnographic studies of online creative communities ranging from gamers to musicians. As a graduate student, his research interests included social media, online identity, techno-utopianism, and algorithmic bias. Before MIT, George spent a year in Facebook’s communications department, where he collaborated with journalists from outlets such as WIRED, the New Yorker, and the Washington Post on stories at the intersection of tech and culture. He holds a B.S. in Symbolic Systems (an interdisciplinary program similar to human-computer interaction) from Stanford. In another life, George works as a standup comedian and comedy writer. Most recently, he opened for SNL’s Colin Quinn and was chosen as one of the 2017 New Faces of Comedy by the Just for Laughs Festival in Montreal.