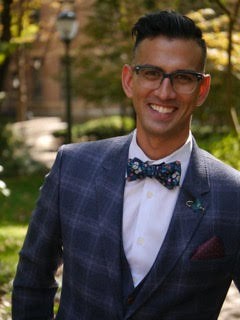 Dr. Christopher Ali is an Assistant Professor in Department of Media Studies at the University of Virginia. He joined the Department in 2013, after completing his PhD at the Annenberg School for Communication at the University of Pennsylvania. His research focuses on communication policy and regulation, critical political economy, critical geography, comparative media systems, localism, and local news. He has published in numerous internationally ranked academic journals including: Communication Theory, Media Culture & Society and International Journal of Communication. Christopher has worked for the Federal Communications Commission, submitted research to the Swiss Office of Communication, consulted with the South Korean Committee on the Impact of Media Concentration, and was part of a consortium of researchers, activists, and practitioners intervening at the Canadian Radio-television and Telecommunications Commission regarding community and local media. His first book, Echoes of Gabriel Tarde: What we know better or different 100 years later was published by the USC Annenberg Press in 2014. His forthcoming book, Media Localism: The Policies of Place (University of Illinois Press, 2016) addresses the difficulties of defining and regulating local media in the 21st century in the United States, United Kingdom, and Canada and the implications these difficulties have for the long-term viability of local news.

His project for Tow (with Damian Radcliffe), Local News in a Digital World: Small Market Newspapers in an Era of Digital Disruption examines how small market newspapers in the United States are responding to the shift to digital technology in everything from editorial content to distribution to advertising.

Read “Life at small-market newspapers: A survey of over 400 journalists,” the first installment of research, at CJR.